← more from
Magnetic Eye Records
Get fresh music recommendations delivered to your inbox every Friday.

Have A Nice Day 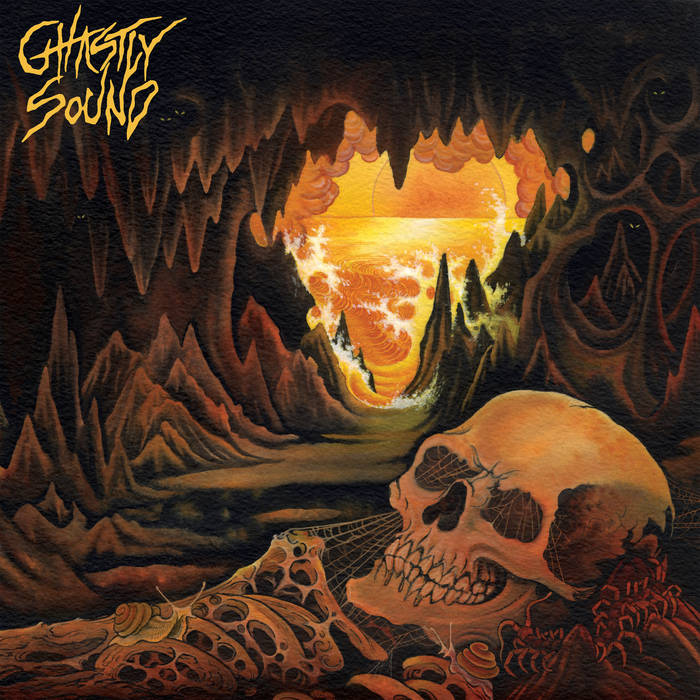 The culmination of one of the most impressive and conscientious slow-builds in modern metal, the debut full-length album from Vermont-based three-piece Ghastly Sound is here.

Following a three-year stretch which saw the band drop two colossal and genre-bending EPs and a ripsaw video single while appearing at heavy tastemaker festivals like New England Stoner and Doom Fest and Psycho Las Vegas, Ghastly Sound is now ready to unleash HAVE
A NICE DAY onto the heavy music landscape.

Have A Nice Day showcases Ghastly Sound’s ability to merge sonic tributaries from head-buzzing stoner rock, melodic alt-metal and obliterating hardcore into a tsunami of inescapable infectiousness that needs no classification to get pounded into blissful submission by.

And, lest anyone forget, this slab of fine northern aggression is delivered by a band that accomplishes its gargantuan, adrenalized riff-mastery without the inclusion of a guitarist.

"Thunderous, alternative heavy rock that never sounds like anything else." - METAL HAMMER

"Despite the brevity of their songs, the band has developed a real knack for filling them wall-to-wall with both beauty and brutality." - INVISIBLE ORANGES

"Fuses the barely-controlled chaos of classic Converge with the otherworldly, larger-than-life sonic vistas of the Deftones at their most melodious." - METAL SUCKS

Bandcamp Daily  your guide to the world of Bandcamp