← more from
Magnetic Eye Records
Get fresh music recommendations delivered to your inbox every Friday. 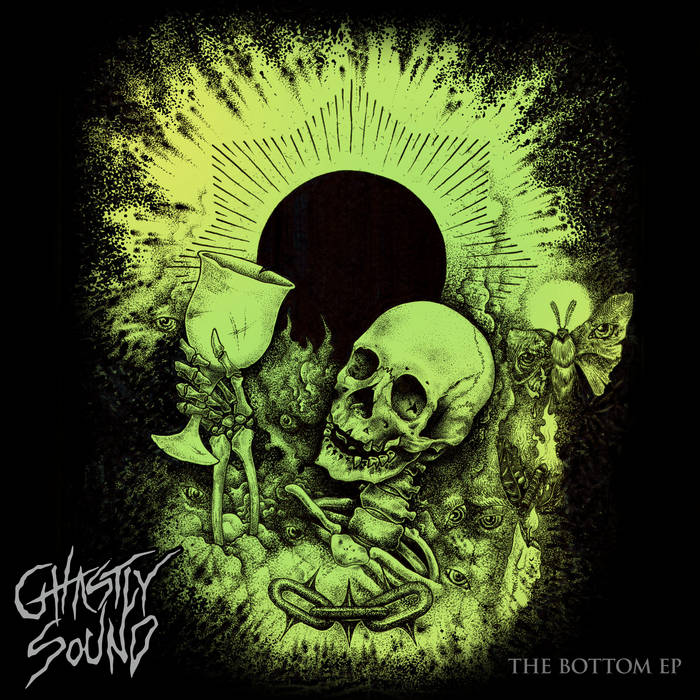 Brett Smith Missed picking this up at the show last night and wanted to show my support. \m/ Favorite track: The Bottom.

Bart Furp I'm gonna have to upgrade my stereo just to listen to these fuckers.

"Ghastly Sound did 2017 right ... fusing the barely-controlled chaos of classic Converge with the otherworldly, larger-than-life sonic vistas of the Deftones at their most melodious… it does so expertly ... Just try not to listen to it at least twice in a row. Go ahead. We dare you ...Test your mettle against some truly excellent songwriting"
-MetalSucks.net

"Despite the brevity of their songs, the band has developed a real knack for filling them wall-to-wall with both beauty and brutality. Hopefully the hits keep coming."
-Invisible Oranges

"... with its second offering of 2017 ... it gets back in the mud with this ridiculously catchy EP. It will leave fans wanting but "The Bottom" closes out the year for Ghastly Sound in grand style."
-The Sludgelord

"Ghastly Sound’s ability to craft a mesmerizing cascade of sound within the format is incredible, each of the songs on The Bottom having a heft and grace bands with five members can’t replicate."
-Nine Circles

"Influenced by FLOOR and TORCHE in parts but with a heavier and angrier punk sound. The vocals are a mixture of clean "alternative psychedelic style" vocals to the more vicious sounding hardcore growls that elevates Ghastly Sound's music to something more ferocious and even genuinely more exciting."
-Outlaws of the Sun

"They have the visceral oomph of hardcore, with a metallic edge and a sprinkling of 1990s punk anthemic melody wrapped up in Unsane-style noise rock. So what to call it? How about just “outstanding”?"
-Echoes and Dust

”If you put The Bottom ... together with the S/T EP released earlier this year ... you might have the most perfect rock release of 2017. Killer on their own, fucking epic together."
-Rock and Roll Fables

Bandcamp Daily  your guide to the world of Bandcamp